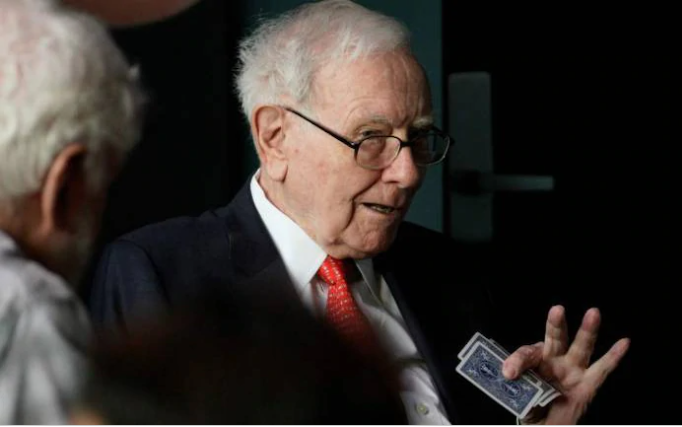 Warren Buffett is undoubtedly the greatest stock market investor in the history of business. It seems like he has kept a very simple philosophy, and has done extremely simple things to get this far.

In order to get to the bottom of how he made it through simple things, we need to understand more about the brain behind Berkshire Hathaway.

We must ask the question: How did Warren Buffett Get His Start?

We need to look into his childhood, and what sparked his interest in investing. Once his interest was sparked, what did he do to begin investing? How did he grow it into millions, and then billions?

Warren Buffett was born in 1930, in the midst of the Great Depression. The tightwad mentality that came from this experience stuck with him through his whole life.

As a very small kid, he enjoyed spending his time counting, and tracking. He would always organize things in ways he could count, and would sit on the porch, writing down the number on the license plate of every car that drove by.

Little Warren started to put his counting to good use at age 6, when he started selling chewing gum from his grandfather’s store door-to-door around the neighborhood. This was his first real experience at business, although it wouldn’t click in his mind until later.

At age 10, Warren got a job with the University of Omaha, selling popcorn and peanuts at their football games.

Later that year, Warren began reading a book that would change his view towards money forever, $1,000 Ways to Make $1,000.

1,000 Ways to Make $1,000 spoke about why many people didn’t succeed. It wasn’t because of what knowledge they lacked- it was simply that they refused to begin! There were many practical ideas in the book that captivated little Warren, the primary idea being pennyweight scales.

With a weighing machine, all Buffett had to do was buy it. Once he bought it, he could place it somewhere and people could weigh themselves by putting a coin into the machine! It was upon this realization that he realized the power of compound interest.

Warren declared that he would be a millionaire by age 35, but would need more capital to do so. Now that he knew what he had to do, he began hoarding money.

At age 11, he revealed to his family that he had amassed $120 in total. He then took his sister Doris as a partner, and bought three shares of Cities Service Preferred stock at $35 a share. The stock went down, and then came back up, before Warren sold it at $40, netting a profit of $15 in total. The stock then soared to $220 a share, and he realized his missed opportunity.

At age 12, Warren began collecting scrap around the neighborhood, where they paid around thirty-five cents per hundred pounds. He also worked in his grandfathers store, often slaving to ensure maximum productivity.

Coming on his teenage years, Warren got himself hired on a paper route, delivering the Washington Post and two routes for the Omaha Times-Herald.

Eventually, he was able to convince the route master to give him the Westchester route, in historic Tenleytown. This was surprising because the Westchester was typically the kind of route an adult would manage.

The Westchester route would turn into the largest operation Warren had, delivering to all of the high-class citizens, and it earned him a war bond for service. Warren would get up at 4:30 a.m, and deliver all the papers before it was time for him to head to school.

At age fourteen, Warren Buffett had filed his first income tax return. He had finally saved around $1,000, meeting the goal from the book that initially got him to start.

At age fifteen, Warren was earning far more than his teachers salary, and purchased a forty-acre farm for $1,200. He allowed a tenant to work the farm, and they shared the profit. With the rest of his money, his father allowed him to invest in Builders Supply Co., a hardware store being opened in Omaha.

Then, at age 17, Warren had a new idea. He found his friend Don Danly about his idea, which was to buy used pinball machines for $25, fix them up, and place them in stores around Omaha. New pinball machines went for about $300, but Silent Sales was selling used machines for $25. Warren did the business, Don fixed the machine, and they put the pinball machines in the stores. The first week, they amassed a $25 profit, enough to buy another machine. They repeated this process until there were machines all around Omaha!

Buffett made it his goal to get out of college as fast as possible, because he didn’t really see a point. So he invested in stocks on the side, obsessing about learning more, reading more, and doing more. He took all the classes he could, and graduated in 3 years.

Buffett then went to Columbia University after being rejected from Harvard’s business school, and he met Benjamin Graham and David Dodd. There, he became their star student, eventually landing a job at their investing firm.

It was from there that he formed a partnership of his own, and began building his wealth from there.

That is a short story about how Warren Buffett got his start. He was a young entrepreneur, and used the little money he had to make even more money. The snowflakes formed together to form a little snowball, and then he allowed it to compound, eventually forming the avalanche that we see today.

Much of this information came from Buffett’s biography, The Snowball: Warren Buffett and the Business of Life.