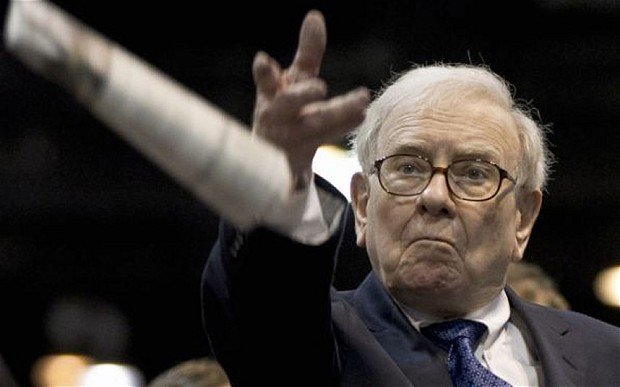 The Snowball was an intriguing book written by Alice Schroeder to help reveal a bit more of Warren’s personal side, and give the public a look into a side that was rarely seen.

The Snowball shows the life of Warren Buffett, and how his investments compounded to become the legend of business he is today.

There are 14 takeaways that we have found from the book that we can apply to life. We will answer the important question: How did Warren Buffett’s snowball grow so large?

By applying these fourteen key takeaways, you can begin or improve your own snowball as well, as it continues to get bigger and bigger through time.

1. Start at an Early Age

Warren began selling packs of chewing gum door-to-door at age 6, and saved his money religiously. After trying different entrepreneurial tasks, he took his savings, formed a partnership with his sister, and invested in the stock market at age 11.

From his first investment in Cities Services Preffered, little Warren was hooked. He would invest for the next 77 years, never looking to stop.

This is how he grew his snowball to such a massive amount. Patience, temperament, and starting young.

2. Find Different Ways to Make Money – The Best Opportunity At The Time

He spread out his streams of income, so that way he wasn’t too reliant on one source.

Handicapping is predicting which horse will have the best results in a race. There was a pattern to this, which little Warren began to dissect.

Even from the beginning, Warren was against speculation, and only invested in things he understood. So when he recognized a pattern in horse handicapping, he took the opportunity to make a good investment.

He later gives his definition of an investment, and how he applied it to handicapping.

“An investment operation in my view is one where you look at the asset itself to determine your decision to lay our some money now to get some more money back later on. So you look to the apartment, house, you look to the stock, you look to the fame in terms of what that will produce. And you don’t really care whether there’s a quote under it at all. You are basically committing some funds now to get more funds later on through the operation of the asset.“

Taking more of an active-income role, Buffett and his friends would sell used golf balls that he found for cheap, to people that would rather purchase for convenience rather than find the balls themselves.

As mentioned earlier, little Warren would go door-to-door, selling packs of chewing gum that he would save for future investments.

This was just another example of Warren’s entrepreneurial spirit, and how it pays to begin early.

This was Warren’s largest source of income in his pre-teen and early teenage years. After working his way through the ranks, he began earning a higher salary than most of his teachers!

He hoarded the money that he earned from delivering newspapers, knowing that it would go to a good investment someday.

Buffett’s first major investment was at 15 years old, when he took $1,200 of his $2,000 savings and bought forty acres of farmland.

After purchasing the farmland, he leased it to a tenant who would work the farmland, and they would share the profit together. He later sold the land at an increase.

Starting at age 11 with his 3 shares of Cities Services Preferred, Buffett tried to learn everything he could about stocks. He became Ben Graham’s star student at Columbia University because of all the studying he had done, and all the passion he had for business.

Buying and selling stocks using temperament and research is how he became the behemoth he is today.

Warren Buffett purchased a failing textile mill in the early 1960’s. Many would have called that a bad investment.

Today, that failing textile mill is Berkshire Hathaway, one of the most renowned companies in the country, and has been for decades.

Warren Buffett singlehandedly turned the company around, and made it not just profitable, but amazing.

Warren Buffett purchased a large share of Salomon Brothers in the late 1980’s. Then Salomon began to fail, and Buffett became chairman to turn the company around and prevent it from filing bankruptcy.

He successfully turned the company around and wiped his hands clean.

3. Focus more on Who than What

Warren Buffett chose Columbia University over other institutions because he was going to be taught by David Dodd and Benjamin Graham. He learned more from those two teachers than any class he could have found.

It is also more important to focus on who you want to be, rather than what you want to do. Warren Buffett wanted to compound his money as much as possible, but he also wanted to be loved. Loved by his family, friends, the public. So when the opportunity to do something immoral for money arose, he declined, giving up millions of dollars on separate occasions.

Warren Buffett had some trying times in his life, just like everyone does. However, instead of dwelling on it, Buffett would envision a bathtub, and all of the negative thoughts would get sucked down the drain.

That method may work for you, but it may not. The intended lesson is this:

Don’t worry about things out of your control, if you plan to have any success.

5. Never Get Involved With Frauds or Shortcuts

A lesson that the Salomon management learned the hard way.

If you’re in an environment that’s run by someone like Warren Buffett, there will be no cancer to the business. Honesty is the number one policy, because any other number one policy will leave you in wreckage, fending off bankruptcy from the SEC and Federal Reserve.

6. Keep In-Line With Your Inner Scorecard

Buffett describes the inner scorecard as an analogy seen in his biography: The Snowball: Warren Buffett and the Business of Life

Essentially, the world’s worst lover has the outer scorecard, because they care more about what others think, rather than the actual performance.

On the contrary, the world’s greatest lover is content where he is at, because although the world believes he is the worst, he knows he is actually the best.

It doesn’t matter what the world thinks, the only thing that matters is the end result.

Investor Guy Spier spoke to Buffett, and said this about Buffett:

“As I saw during our lunch, there’s nothing fake or forced about him. He sees no reason to compromise his standards or violate his beliefs.“

Warren stayed true to his beliefs, even after decades of criticism, he ended up on top.

7. Stay True To What You Know, Even In Heavy Criticism

If Buffett would have went along with the crowd, he never would have taken control of Berkshire Hathaway in the sixties.

If Buffett would have went along with the crowd, he would have feared when others feared, and been greedy when others were greedy, leading to magnificent losses. An example of this was during the tech boom of the 90s, when Warren faced severe criticism over missing out on all of the gains that came in the bull market.

When Buffett said the tech boom wouldn’t last, people thought he was simply jealous about missing the opportunity. They realized that he was right when tech stocks lost 95% of their earnings.

8. Put Forth Undying Intensity to Learn Your Craft

Whether your craft is stocks, or real estate, or art, or mechanics, put forth undying intensity towards it.

One thing that was revealed to us in The Snowball was the dedication that Warren Buffett had towards stocks. It wasn’t that Warren liked stocks, he was obsessed with stocks.

He never stopped studying and learning, and that is why he continued to grow.

9. Allow Your Investments to Compound Overtime

The one thing that made Berkshire Hathaway the business it is today: Compound Interest.

The ability for your money to multiply by holding it in appreciating assets is almost like magic. Most people pull their money out too soon, but long-term investors let it sit. The longer it sits, the more it multiplies.

You see where I’m getting at? The longer you get a return, the more the money multiplies. Obviously, Buffett achieved higher returns than this to get where he is at today, but you can take the money you make, and calculate what returns you need to COMPOUND in order to get your dream income!

10. Break Free From the “Ovarian Lottery”

Buffett often references the Ovarian Lottery in The Snowball. This is because he is extremely grateful to have been born in the United States in 1930.

He feels that some people were born in much unluckier circumstances, and have to break free from what held them down. They may get a later start than him, but anyone can make the right decisions and better their situation.

They just need to break free from the ovarian lottery.

Some people didn’t put in the work that Buffett did.

Some people never made the financial sacrifice that Buffett did.

Some people never had the vision that Buffett did.

Some people never took the risk that Buffett did.

But that doesn’t matter. Everyone deserves to be helped, in Warren’s eyes. He believes that if you made a substantial amount of money, it is your duty to pay back the country that allowed you that opportunity, and help those who are less fortunate.

Currently, Buffett has donated over $35B to philanthropic purposes, and says 99% of what he worked for will be donated upon his death. Until then, he will keep multiplying it.

How do you get fired from a business owned by Berkshire Hathaway?

Or even not revealing the whole truth. The great business leaders have zero tolerance for lack of transparency, and you should too. Complete transparency is the safest and least stressful way to a successful and peaceful life.

Reputation far outweighs the money in Buffett’s eyes. As he is known for saying, “It takes twenty years to build a reputation, and five seconds to ruin it.”

Warren faced many reputation dilemmas in his career, but perhaps the biggest one was in the Salomon turnaround. He cleared house, firing most upper management positions for their dishonesty.

He had a message after firing them:

14. Focus On Love, Rather Than Money

Warren Buffett cared more about the people he loved more than anything else, including money. He gave a statement on this in The Snowball as well:

“It doesn’t matter how much money you have, if nobody loves you then your life was a failure.”

Make sure that you devote time to those you care about, and earn your money through honest means, because no amount of money is worth jeapordizing your reputation.

Life Lessons to Take Away

Alice Schroeder did an amazing job with her biography of Warren Buffett. The man, the myth, the legend.

If you are searching for a business icon to look up to and model yourself after, there may be no better man that Warren Buffett. And after reading Alice’s book, I am much more knowledgeable on the man I look up to.

The Snowball: Warren Buffett and the Business of Life is exactly what the title says: It delivers to the reader an intriguing story about Warren Buffett’s life, successes, failures, and mistakes, and shows how he was able to compound his investments since age 6 to attain the riches that he has today.

2 thoughts on “14 Takeaways from The Snowball: Warren Buffett and the Business of Life”